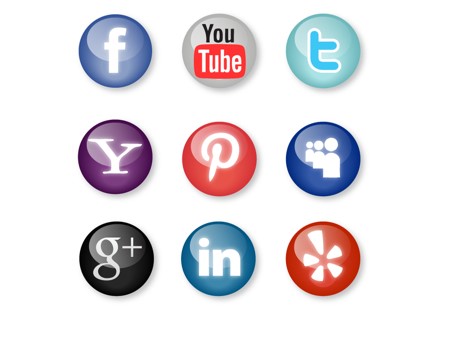 Social Media: Should your business take it seriously?

It’s true that Twitter and Facebook started out with very ‘non-business’ objectives. The founder of Twitter actually did invent it so you could tell everyone you were going to the shop to get some milk; and anyone who has seen the movie The Social Network knows about the very lowbrow origins of Facebook.

In recent years savvy marketers and business owners have worked out how to use social media VERY effectively for communicating with the market place, in a new way.

Traditional marketing, like advertising, is a monologue. A one-way conversation, coming from the advertiser. There’s no interaction in a TV or newspaper ad.

Modern marketing—including social media—is about engaging in a dialogue with people. It’s about creating two-way, value-adding conversations (albeit, online ones) with people who are interested in what you do: your ‘followers’, ‘friends’ and ‘connections’. It’s about helping them, listening to what they have to say, and letting them know about useful, relevant information.

This creates a sense of community and stronger relationships. Certainly stronger than any advertising can ever create. We have entered a whole new era, and social media is not just reshaping the marketing landscape, but it’s changing journalism and media, and is even acting as a catalyst for social change, allowing people to combine their collective voice. We’ve witnessed that in world affairs, for example in Egypt where Facebook was used to organise protests.

If you’re still not convinced that your business should actively get involved with Twitter, Facebook, LinkedIn, Google+ or other social media platforms, consider the flipside.

Can you afford not to at least monitor Twitter, for example, to see what is being said about your industry, your business, you? Using social media management software like TweetDeck, HootSuite or SproutSocial you can efficiently monitor your various social media accounts using the one app to display your feeds from a number of different platforms, notifying you when people mention you, your brand, reply to you, ‘favourite’ or ‘like’ your updates and posts, and so on.

We think it makes sense for any business to monitor what’s being said about them—and about their competitors—in social media.

We also know of many success stories of small business owners who are using Twitter, Facebook and LinkedIn as a very effective way to generate referrals and to drive traffic to their website.

Social media works if you learn how to work it.

Obviously the purpose of this article is not to teach you how to use these tools. That would take a book or complete course, not an article.

Its purpose is to open your mind to the possibilities—if it hasn’t been opened already—of how your business can learn to use and benefit from social media as part of your business’ marketing mix.

To start you along that learning curve, take a few minutes to watch this Socialnomics video. The statistics mentioned in it are phenomenal.

At the 1-minute mark you’ll see a quote by best selling author Erik Qualman, “We don’t have a choice on whether we DO social media, the question is how well we DO it.”

And at the 3:50 mark, “Social Media isn’t a fad, it’s a fundamental shift in the way we communicate.”

We are just starting on the path of learning how to best use social media, and by no means are we proclaiming any degree of expert competency. (Yet!)