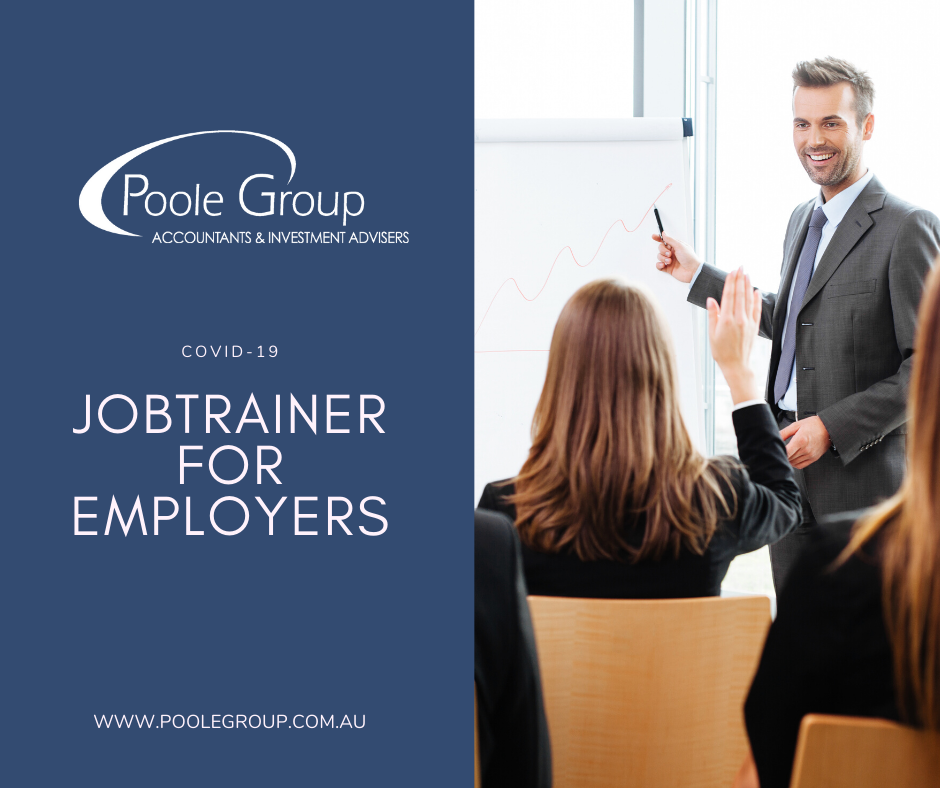 JobTrainer is the latest employment support initiative in the ‘Job’ series after JobSeeker, JobKeeper and JobMaker were announced earlier this year to deal with economic impact of coronavirus.

The Australian Government has announced it will invest $2 billion to give hundreds of thousands of Australians access to new skills by retraining and upskilling them into sectors with job opportunities, as the economy recovers from COVID-19.

The JobTrainer package has expanded the number of businesses that can access the 50% apprentice wage subsidy and extends the subsidy until 31 March 2021 (from 30 September 2020).

Initially, only businesses with less than 20 employees or larger employers employing apprentices/trainees let go by a small business were able to access the subsidy (for wages paid to apprentices employed by them as at 1 March 2020).

Now, the businesses with under 200 employees can access the subsidy for apprentices employed from 1 July 2020.

Employers will be reimbursed 50% of an eligible apprentice’s wage up to a maximum of $7,000 per quarter per apprentice.

Employers will be able to access the subsidy after an assessment by the Australian Apprenticeship Support Network.

How does the apprenticeship subsidy and JobKeeper work together?

They don’t. It is one or the other.

An employer or Group Training Organisation will not be eligible for the JobKeeper payment where the employer is in receipt of an Australian Government wage subsidy for the same Australian Apprentice. Further information about these changes will be made available in the coming weeks.